Thanks to a limited supply pipeline and steady demand, Atlanta’s office market is as healthy as it’s been in decades. Construction is ramping up, but the amount of new supply underway still falls short of Atlanta’s historical average. A large portion of new projects are breaking ground on a speculative basis, and roughly 45% of the current pipeline is unleased. However, strong leasing velocity, particularly in new properties in Midtown, has helped calm fears of oversupply in the near term. New supply hasn’t weighed on rents yet, as rent growth continues to outperform both the metro’s historical average and the national average. 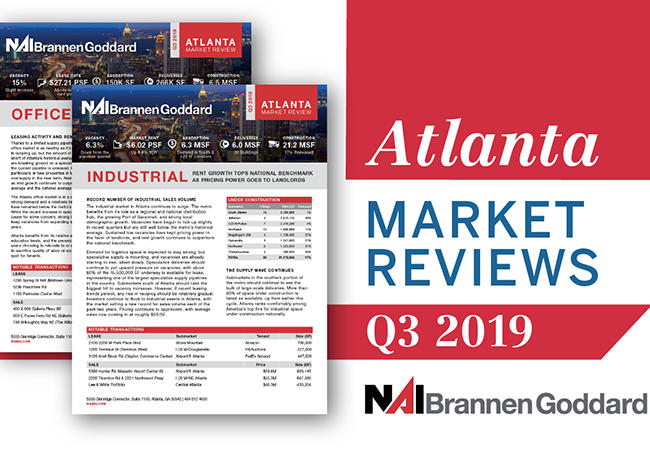 The Atlanta office market is in a solid position. Due to consistently strong demand and a relatively tame construction pipeline, vacancies have remained below the metro’s historical average for a few years. While the recent increase in speculative groundbreakings could be cause for some concern, strong leasing velocity on new deals should keep vacancies from expanding at an accelerated pace in the coming years.

Atlanta benefits from its relative affordability, above-average education levels, and the presence of an international airport. Office users choosing to relocate to or expand in the metro often don’t have to sacrifice quality of labor or accessibility, making Atlanta an ideal spot for tenants.